Bishop Joseph Strickland of the Diocese of Tyler, Texas called out Netflix for depicting Jesus as a homosexual in “The First Temptation of Christ,” a Christmas special airing in Brazil.

The movie depicts  Jesus coming home for his birthday with boyfriend Orlando to meet Mary and Joseph. It also illustrates Mary as a pot-smoking adulterer.

The Netflix movie description says, “Jesus, who’s hitting the big 3-0, brings a surprise guest to meet the family. A Christmas special so wrong, it must be from comedians Porta dos Fundos.

Bishop Joseph Strickland of the Diocese of Tyler, Texas denounced the streaming service in a Sunday Twitter post. He referred to the company as “blasphemers,” adding that he cancelled his subscription.

We all need to take a stand at some point.

For Fr. .John Rapisarda, the time came when the Netflix original series The Break with Michelle Wolf did a “salute to abortion,” complete with music, confetti, and Wolf declaring “God bless abortion.” (You can watch the segment here, though be warned it’s vulgar.)

Disgusted by the segment which he called “hateful and blasphemous,” Fr. Rapisarda decided to cancel his Netflix subscription. He wrote to Netflix explaining why and shared the letter on Facebook, which has since gone viral (you can view the full letter at the end of this article).

“There are many things wrong with this episode,” he says in the letter. “Suffice it to say that abortion destroys the human life in the womb and the heart of the mother. Many who are either pro-choice or pro-abortion will say that it is preferable to have fewer abortions. Disregarding both groups – both pro-life and pro-rare-abortion – and declaring ‘God bless abortions,’ is not humorous or edgy. It is hateful and blasphemous.”

Fr. Rapisarda anticipated the creators of the show “will likely dismiss me and millions of others as unenlightened” but said he would nonetheless “pray that you have a change of heart, understand the damage done by abortion, and repent of your actions.”

In conclusion, he wrote he hopes Netflix will reconsider the type of content they produce, until which time he “will be encouraging others to cancel their memberships.”

Fr. Rapisarda is the administrator of Our Lady of Victory Catholic Church in Baltimore, MD.

This isn’t the first time Wolf has celebrated abortion in her comedy routines. Earlier this year, Wolf joked about abortion at the White House Correspondents’ Dinner, saying people shouldn’t “knock it until you’ve tried it. And when you do try it, really knock it, you know. You gotta get that baby out of there.”

Bishop Robert Barron, auxiliary bishop of Los Angeles, blasted her remarks, saying he was “at a loss for words.”

“Michelle Wolf’s comment was not just a bad joke,” Bp. Barron wrote, “it was a brazen display of power, designed to appeal precisely to those who have reached the top of the greasy pole.” He concluded we can know our culture is failing morally when you can watch “lots of people in tuxedos and formal gowns, sipping from wine glasses, and laughing while someone jokes about the murder of children.” Looking for an alternative to Netflix's downfall? Pure Flix is a Christian streaming sevice that is family friendly to all. For a specificly Catholic entertainment system, use Formed.org, which is a part of Ignatius Press. 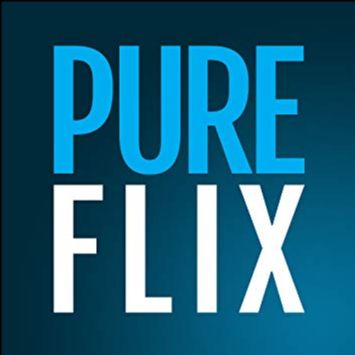