St. Andre Bessette is pictured here on a street in Montreal named after him. Born August 9, 1845, he was the eighth of twelve children. His family was poor but happy. Unfortunately, when he was only nine years old his father died leaving his mother without money to support the family.

St. Andre named Alfred at birth was a sickly child. He rarely went to school and did not learn how to read until he was in his mid-twenties. His mother favored him due to his delicate health. She was a woman of deep faith and kept him by her side as they prayed the evening rosary. Alfred like his mother developed a deep faith.

When Alfred was twelve his mother died. From this point on, until his early twenties he moved from relative to relative and trade to trade, never quite mastering any one set of skills.

He had a great love and familiarity with St. Joseph. He would talk to him in prayer constantly. When Alfred was twenty-five it was recommended that he apply to the Congregation of Holy Cross in Montreal as a lay brother. After one year with the Order they declined to let him continue because of his delicate health.

During this period of time, the Archbishop of Montreal came to visit the Holy Cross Order. Alfred seeing his chance told the archbishop of his desire to remain with the Order. The archbishop assured Alfred that he would be allowed to remain. On February 2, 1874, Alfred's name was changed to Andre and he pronounced his final vows and became a lay brother. 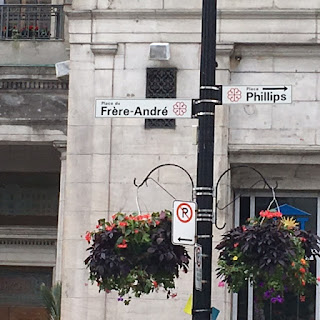 For forty years, Brother Andre was a porter at the door of a boys school, ages 7 - 12,  called Notre Dame College. His health continued to bother him and often he only ate flour dropped in boiling water, a sort of a dumpling, and water-downed milk.

Two qualities stand out in Brother Andre's spirituality: his deep love for St. Joseph and those in need. As a porter at the school door, his reputation grew for helping the needy. Many stopped by looking for healing for their ailments. He rub them with oil, gave them a St. Joseph medal, and prayed with them. Many miraculous healings took place. Br. Andre always credited St. Joseph for the healings.

In 1904, Br. Andre asked permission to build a chapel to St. Joseph on the mountain near Notre Dame College. The Archbishop of Montreal gave him permission but with one stipulation that he raise the necessary money. He was not allowed to borrow money. The chapel started out small, really only a shelter of sorts where Mass could be said. Over time, many pilgrims came for Mass and to honor St. Joseph. Eventually, the shelter became a small stone chapel. In 1924, Br. Andre received permission to build a large basilica named St. Joseph's Oratory on the side of the mountain near the stone chapel.

The devotion of the pilgrims to St. Joseph and Br. Andre, the miraculous healings of body and soul, and the donations given made the building of the large basilica possible. The building of the oratory did not go unimpeded. It suffered from lack of funds. In 1936 when the construction of the project had been halted for a number of years, Br. Andre spoke to the Council of the Oratory. He said, "We all want to cover the basilica as soon as possible. Let us put a statue of St. Joseph within its unfinished walls. He will soon find a roof for himself !" Soon thereafter, with a new plan in place funds were raised and the construction resumed.

Br. Andre did not live to see the Oratory of St. Joseph completed. He died January 6, 1937, at the age of ninety-one. The oratory was finished thirty years later in 1967. It was a testament to his love and devotion for St. Joseph, and the recognition by those he had helped through his prayers and at times miraculous healings to grow closer to God through the spouse of Mary, the foster father of Jesus.

St. Andre is from Canada which next to Vermont, U.S., is second in production of maple syrup. I chose a maple syrup recipe to try from a food blogger that looks pretty impressive. I have not tried it. When I do I will rate it on her blog. Her name is Kate Dean and you can read more about her there.

Prayer to St. Andre Bessette for his intercession

Lord,
you have chosen Brother André
to spread devotion to Saint Joseph,
and to dedicate himself
to all those who are poor and afflicted.
Grant through his intercession
the favor that we now request ...
(state your intention)
Grant us the grace
to imitate his piety and charity,
so that, with him,
we may share the reward promised
to all who care for their neighbors out of love for you.
We make this prayer in the name of Jesus the Lord.
Amen.
Happy Feast Day of St. Andre Bessette! 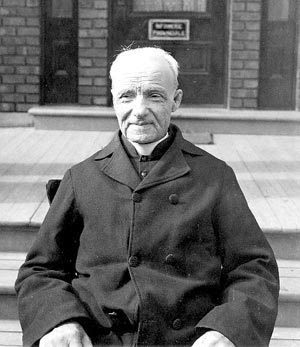