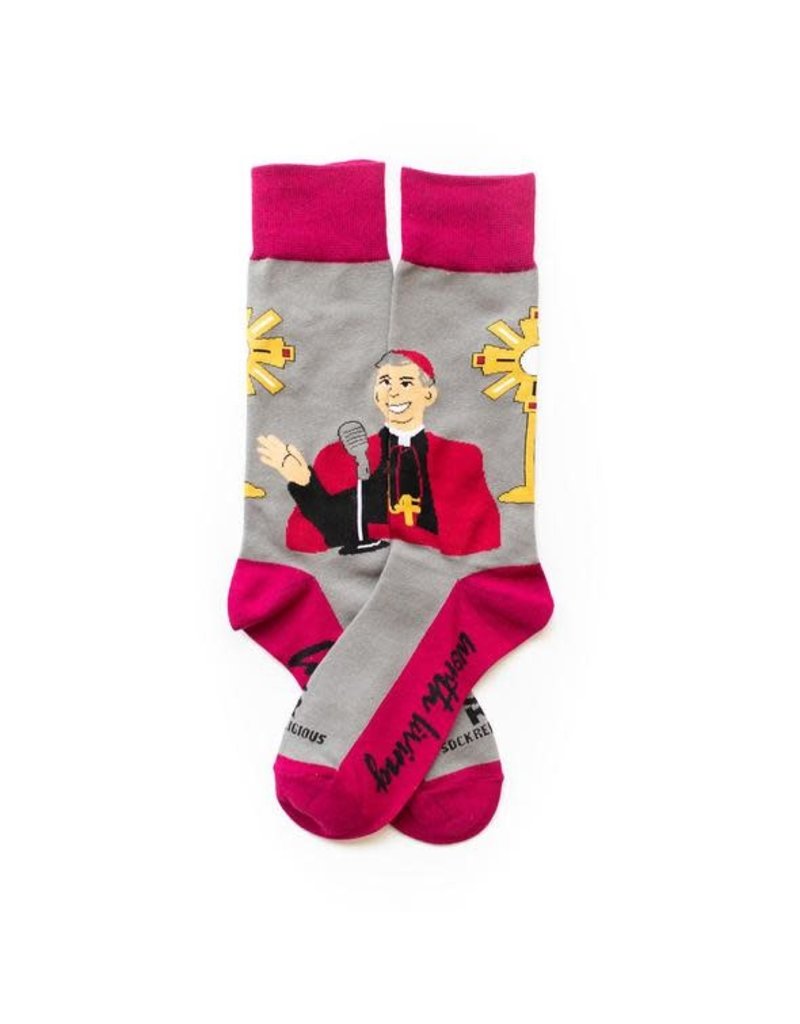 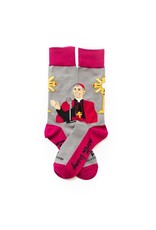 Life is Worth Living & These Socks Worth Having

Making big news a few months ago when his remains were moved back to his home state in the Diocese of Peoria, Illinois, Venerable Archbishop Fulton Sheen’s beatification was approved soon after on July 6th! Not only did he impact our Church, he impacted the world through his television series, “Life is Worth Living,” having over 30 million viewers each week and eventually winning an Emmy Award for “Best Male Personality” in 1953!

In all of his guest lectures, homilies, and retreats, a consistent theme in his preaching was the value of making a holy hour before the Blessed Sacrament. “The greatest love story of all time is contained in a tiny white Host,” he said.