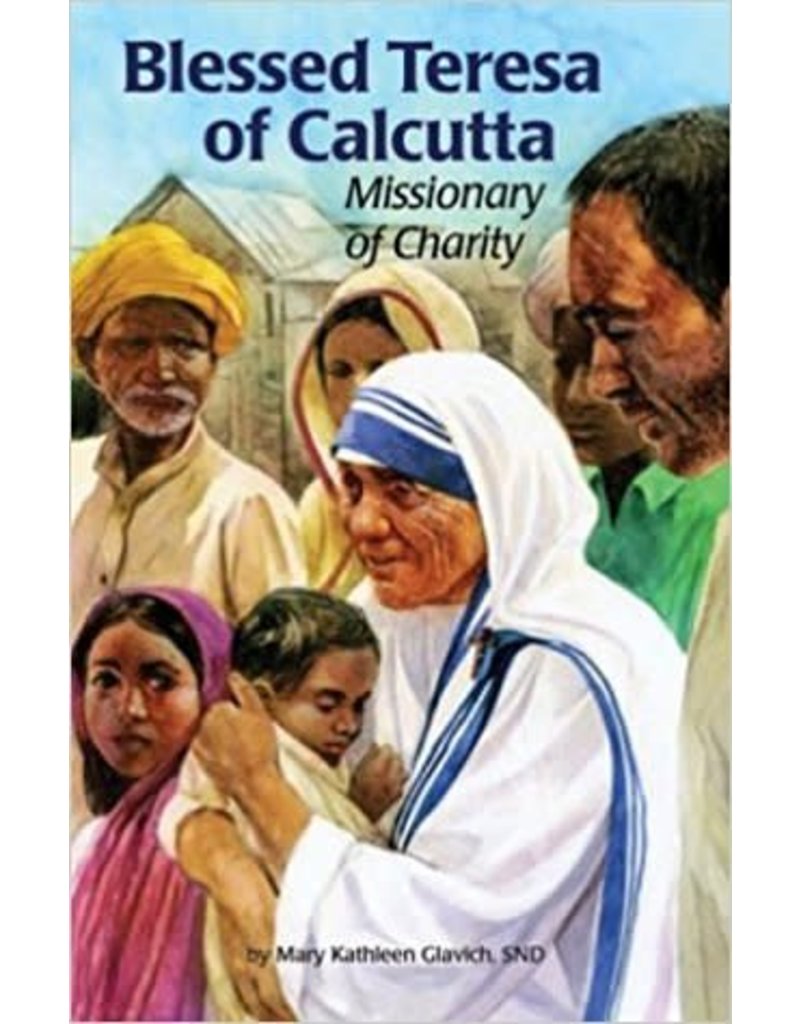 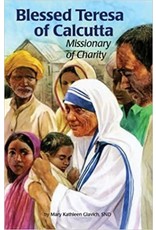 Agnes Gonxha Bojaxhiu was born in 1910, in what was then Yugoslavia. Her parents were Albanian. By the time she was twelve years old, she knew she wanted to be a missionary. When she was eighteen, she entered the community of the Loreto Sisters in Calcutta, India. Sister Teresa taught geography at St. Mary's High School in Calcutta. She later became principal. Her students were all from well-off families. The poor children from Calcutta's slums were not allowed admission. On September 10, 1946, while riding on a train, Sister Teresa felt an unmistakable call from God to serve the poorest of the poor. By the spring of 1948, she had received permission to go out of her safe convent walls and work among the poor. In August, she put on a white cotton sari edged in blue, which was to become her new Order's habit. Soon other young women joined her and in 1950 the Missionaries of Charity became a new community in the Church. Mother Teresa knew that she and her sisters would not have the strength needed to do this work if they did not stay united to Jesus in the Eucharist. They began each morning with Mass and Communion. They ended each day with an hour of adoration before the Blessed Sacrament.

Mother Teresa was awarded the Nobel Peace Prize in 1979. As she became known throughout the world, she remained humble and poor. She took every opportunity to speak out for the poorest of the poor, for the helpless people on the fringes of society, and for unborn children. She challenged people with power and means to take responsibility for those who had none. Mother Teresa died on September 5, 1997. She was beatified by Pope John Paul II on October 19, 2003. Most people have at least heard about Mother Teresa and many have seen pictures of her in newspapers, magazines, or books. Some have even met her. A few are lucky enough to be able to visit the sisters she founded. All of us can search the internet for her photos. Reading this book is a great way for kids to come into contact with a saint who lived very recently, and to be impressed by the call to holiness that is theirs also.