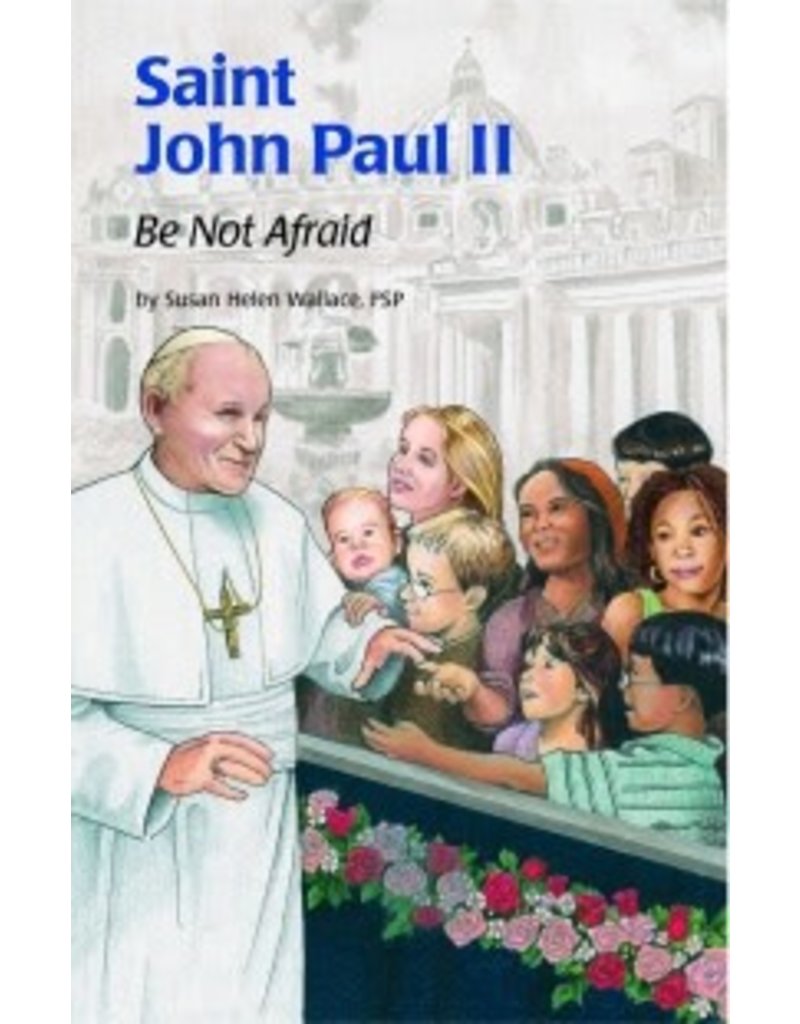 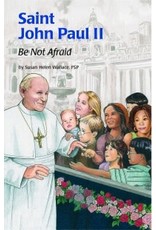 John Paul II, who served as Pope during the last 25 years of the 20th century and who led the Church with hope into the the third Christian millennium, was beatified six short years after his death on May 1, 2011. This book from the Encounter the Saints Series tells the story of this man whose message to the world throughout his pontificate was, "Do not be afraid!" John Paul II was born in 1920 to a devout Catholic family, and was named Karol Wojtyla. He lost his mother a month before he turned nine. As a young man he saw his world crumble when the Nazis swept into Poland and World War II broke out. Shortly thereafter, in 1941, his beloved father died.

Although Karol had felt drawn toward a career in acting, he followed a call to the priesthood and was ordained a priest in 1946. While Karol carried out pastoral ministry as a young priest, he often took young people for trips into the mountains where he would share with them about their faith. He was also sent to continue higher studies and taught at the university level.

In 1958 he was ordained a bishop, and fearlessly confronted the communist authorities in Poland. He was elected Pope on October 16, 1978, the first non-Italian Pope in 455 years. From that moment he took the Church and the world by storm. He traveled the world to proclaim Jesus Christ to all people, making a tremendous impact on hearts and minds and drawing large crowds everywhere he went. Pope John Paul II also helped set in motion events that would lead to the downfall of Communism in Europe. He inspired young people through the World Youth Days that he inaugurated and by his constant encouragement.

Perhaps his greatest witness was the one he gave in the last years of his life, as his health declined due to the effects of Parkinson's disease. As he lay dying, the world kept vigil with him, until the Lord came for him on April 2, 2005, the vigil of Divine Mercy Sunday. Crowds of people came to Rome and waited for hours just to catch a glimpse of Pope John Paul II, the great Christian witness of our era.

Those who read the life of Blessed John Paul II will be inspired to live their faith with courage and enthusiasm. John Paul II never let oppression and tyranny spoil his dreams or dampen his faith. He never tired of telling the world: Do not be afraid. It is a message every child needs to hear as they try to be a true follower of Jesus.