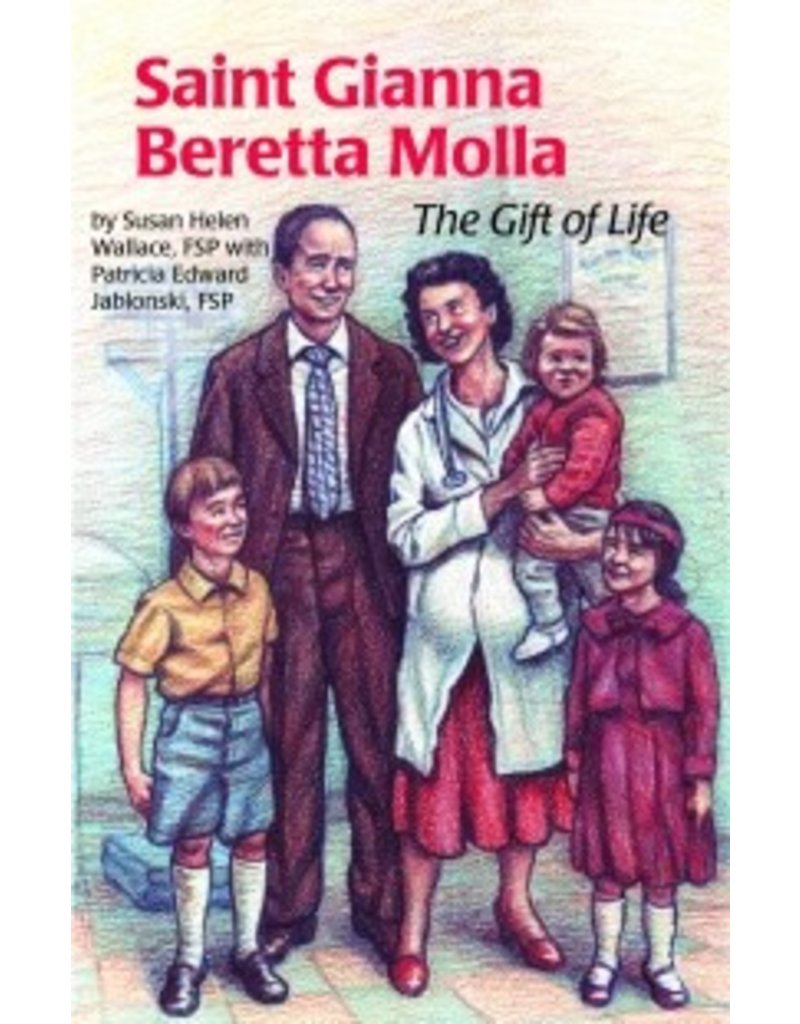 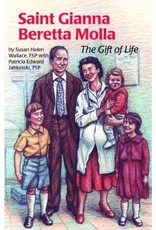 Saint Gianna Beretta Molla: The Gift of Life tells the inspiring story of Saint Gianna from her awaited birth to her touching death. This book reveals the friendly and loving Gianna while we see her coping with the death of her siblings and later her parents, moving to different places throughout her childhood years, struggling with schoolwork, falling in love with her future husband, fulfilling her duties as a doctor and raising children.

Born on October 4, 1922, in Italy on the feast of St. Francis of Assisi, Giovanna Francesca, soon began to be called Gianna. Her parents encouraged her to discover her "special gifts and talents" and arranged for her education. Gianna was impressed with the idea that we can prepare ourselves for heaven by the way we live on earth. She became active in the Catholic Action movement, instilling the young girls with Gospel values. Her "special gifts and talents" and her passion for helping others were starting to be uncovered.

Gianna studied medicine and became a doctor in 1949 specializing in pediatrics. Practicing medicine was not just her job, but the way she obeyed Jesus' command to love one another and nurture both body and soul.

She thought about becoming a lay missionary in Brazil, and working with her brother among the sick poor. It was not until she met Pietro, the brother of one of her dying patients, that Gianna realized that God was calling her to marry and be a good Christian wife, mother and doctor.

Morning Mass, prayers, housework and seeing patients all became part of Gianna's daily routine, which she greatly looked forward to. More joy was brought into Gianna's life with "special gifts" from Jesus, the birth of her children, Pierluigi, Mariolina and Lauretta.

Gianna found great joy in living her vocation as a wife, mother, and doctor. Convinced that all life is God's gift, Gianna treasured her husband and children above all else. That is how she found the strength to place the life of her fourth child, still unborn, before her own. Faced with the most difficult choice of her life, Gianna did what she had always done: trusted God in everything.