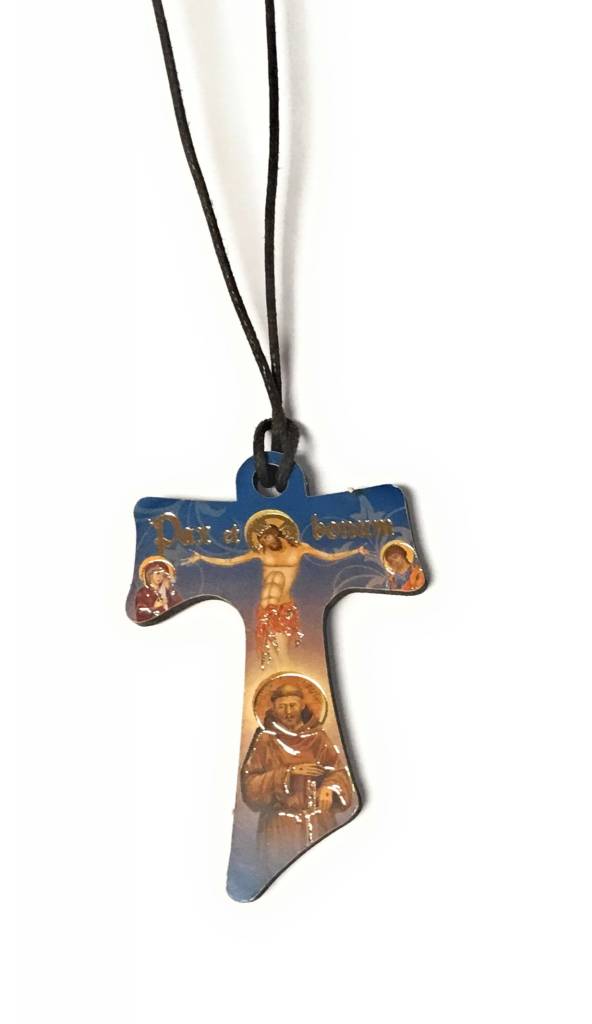 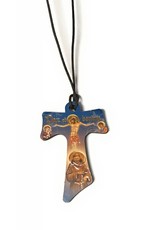 It is said by St. Jerome and other Catholic Church Fathers that the Tau is an Old Testament allusion to the cross and crucifixion of Jesus mentioned in Ezekiel. "Mark Thau upon the foreheads of the men that sigh". (Ezekiel 9:4)
The use of the Tau Cross in Christianity dates back to the latter's beginnings. St. Anthony of Egypt bore a cross in the form of a tau on his cloak.
The Tau Cross is most commonly used in reference to the Franciscan Order and Saint Francis of Assisi, who adopted it as his personal coat of arms after hearing Pope Innocent III talk about the Tau symbol. It is now used as a symbol of the Franciscan Order.
The Tau Cross is often used as a variant of the Latin, or Christian cross.
Other ancient societies who used the "tau" symbol also expanded upon its symbolism to include life, resurrection, reincarnation, and blood sacrifice.