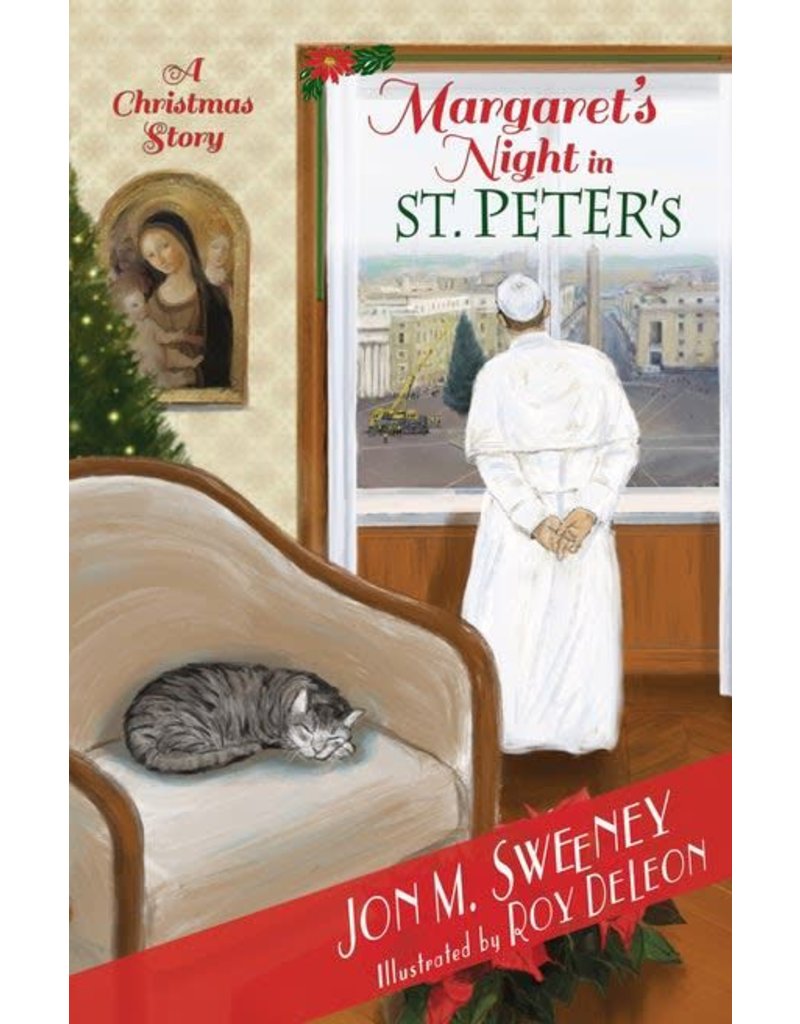 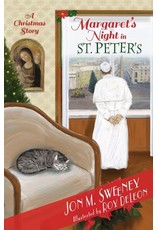 Margaret — The Pope's Cat — is back! Illustrated in full color.

Bang! Slam! Boom! Loud sounds in St. Peter's Square had been going on for nearly an hour already. Margaret was annoyed, because as you may know, cats like to sleep. A lot.

The apartment where Margaret lives with the Pope, ever since he adopted her off the streets of Rome, looks out onto St. Peter’s Square. And the noises down there kept waking Margaret up.

She rolled over, covering her ears with her paws.

A few minutes later, the sounds began again, as more trucks arrived to unload even more chairs. Beep, beep, beep, beep went the trucks as they backed up to where men in yellow jackets were waiting to unload them. Then came Bang! Slam! Boom! all over again, as the men arranged the chairs in rows facing the portico of St. Peter’s Basilica.

All of this was in preparation for a special event to take place the following day, Christmas.

In this delightful new story from their lives, the Pope takes Margaret on a tour of St. Peter's. But when he's called away to work, Margaret gets lost in the world's largest church. She meets saints, children, tourists, and the artist Michelangelo's famous statue, The Pieta, before being reunited with the Pope as Midnight Mass is about to begin.

"This series about Margaret, the cat and her best friend, the Pope, may be intended for young readers but the gentle stories will delight any adult. Margaret has free rein in the Vatican and through her eyes we can enjoy the Christmas celebrations taking place there, in the middle of Rome. You know what they say about cats and curiosity?  Well, Margaret is true to her species which will lead her to a new adventure in the very heart of St. Peter’s. This is the perfect book (Christmas present?) for anyone ages 4 — well, any age.  It will warm the heart." —Brenda Repland, Eyes on World Cultures 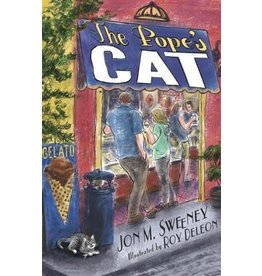