Called by God: Discernment and Preparation for Religious Life (Hardcover) 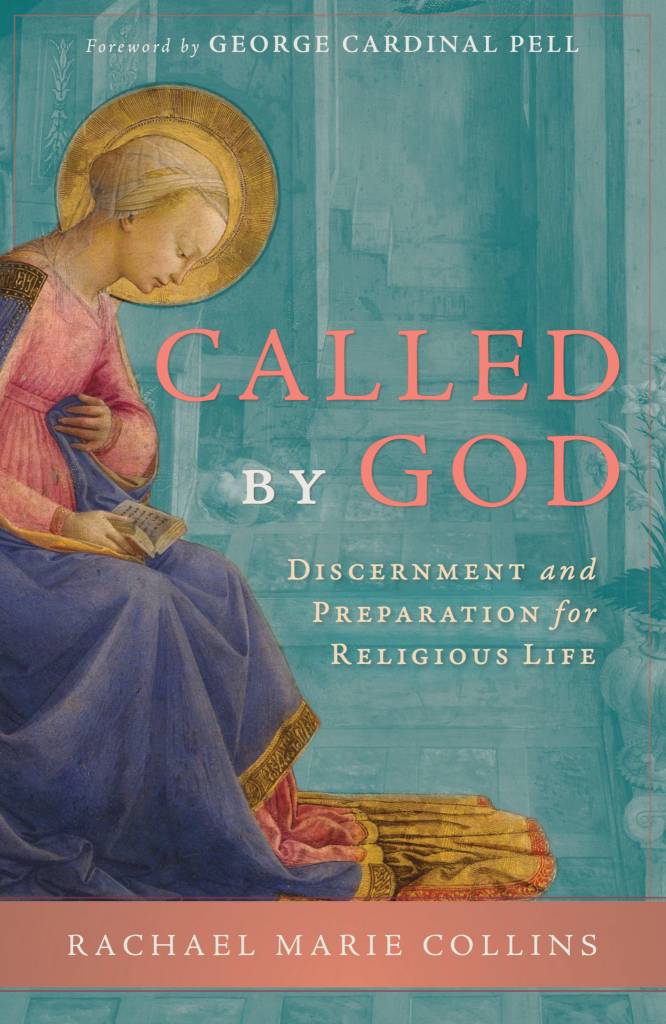 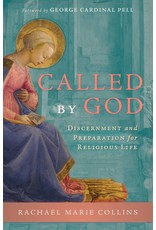 In Called by God: Discernment and Preparation for Religious Life, Rachael Marie Collins provides an overview of the spiritual life—both its joys and its challenges—and guides women as they discern whether they are called to be religious sisters or nuns.

In a series of letters written by the author to a trusted friend discerning whether to enter religious life, Called by God explores both discernment and spirituality. The key to discernment, Collins argues, is to prepare for religious life by entering deeply into a life of prayer and sacrifice so that one experiences and begins to understand the “work” of a religious before entering the convent.

Called by God draws heavily on the wisdom of great Catholic women such as Teresa of Ávila, Thérèse of Lisieux, Zélie Martin, Edith Stein, Teresa of the Andes, Elizabeth of the Trinity, Miriam Teresa Demjanovich, Elizabeth Leseur, and Caryll Houselander, among others.

Women discerning a vocation will benefit immensely from the discussions about the difference between religious life and marriage, the nature of a vocation, the supernatural superiority of religious life, and spiritual motherhood in Called by God.

Rachael Marie Collins attended the University of New South Wales where she received undergraduate degrees in Science and Law. She studied at Princeton University and Oxford University, and has Masters degrees from Columbia Law School and the Australian Catholic University. She was an Associate (judicial clerk) at the High Court of Australia and was admitted to the bar in New York where she worked for Clifford Chance L.L.P. She resides in New York with her husband and children.

“Called by God draws from the best spiritual wisdom of the Church to help young women hear the Lord, and respond in freedom, generosity, and joy. This is an invaluable and beautiful book for young women discerning and preparing for religious life.”—Most Rev. James D. Conley, Bishop of Lincoln

“If you have any desire to be a religious sister or brother or priest, or to marry with the Church’s blessing, don’t hesitate to read this amazing book. If I had, I am certain I would enter Regina Laudis!”—Mother Dolores Hart, Abbey of Regina Laudis, Bethlehem, Connecticut

“With the admirable clarity of its language, the sense it conveys to the reader of being personally addressed, and the abundant references to the lives of the saints, Rachael Collins’ new book will become, I am sure, a little classic of contemporary Catholic spirituality.”—Fr. John Saward, Author and Blackfriars Lecturer, Oxford University

“Opening oneself to God’s grace in the practical and reflective ways Collins suggests will only help a young woman to be the wife, mother, daughter of God, and, indeed, saint that she is called to be.”—Aurora Griffin, Author, How I Stayed Catholic at Harvard: 40 Tips for Faithful College Students

“There are so few solid books for young women discerning religious life in the Catholic Church these days. Rachael Marie Collins has amassed a wealth of good information and wisdom that will guide women as they seek the will of God.”—Fr. Brett Brannen, Author of To Save a Thousand Souls: A Guide for Discerning a Vocation to Diocesan Priesthood and A Priest in the Family: A Guide for Parents Whose Sons are Considering Priesthood

“Here is a book that fills an important gap with sound advice for young women about how to discern a religious vocation.”—Fr. Joseph Koterski, S.J., Professor of Philosophy, Fordham University

“Rachel Marie Collins gets a conversation going within the deepest heart of the one who is wondering, ‘What if?’ This beautiful book is a gift . . . to encourage women to listen, wonder and not to be afraid.”—Mother Mary Elizabeth Kloss, St. Scholastica Priory, Petersham, MA