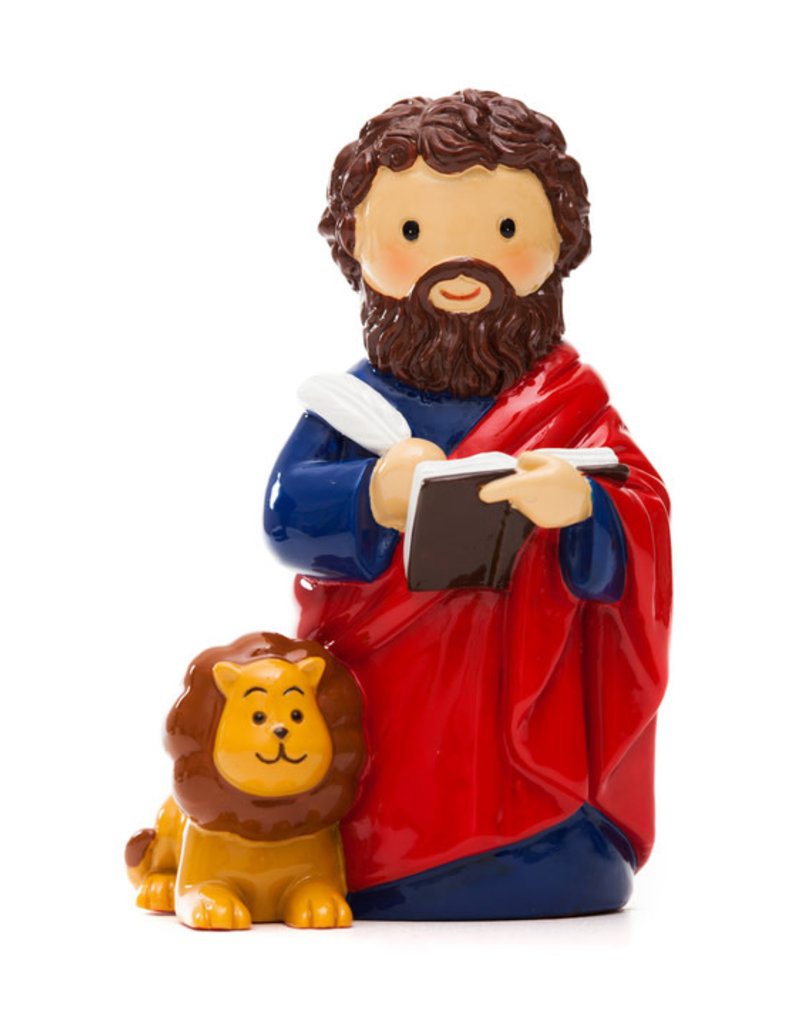 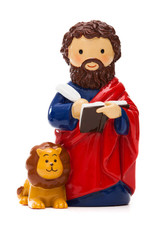 Saint Mark was born in Jerusalem and his family was Christian. When he was a child many Christians gathered in his house, and it was there that he met Jesus and the apostles. He was a disciple of St. Peter and wrote the second Gospel of the New Testament. The Gospel according to St. Mark was written at the request of many faithful who wanted to know more about Jesus' life. St Mark's symbol is a lion because his Gospel begins by speaking of John the Baptist who became known as "the voice that cries in the wilderness" and, like the roar of a lion, is strong and imposing. St Mark died between the years 68 and 72, and his relics are in St Mark's Cathedral in Venice, Italy. His feast day is April 25th.