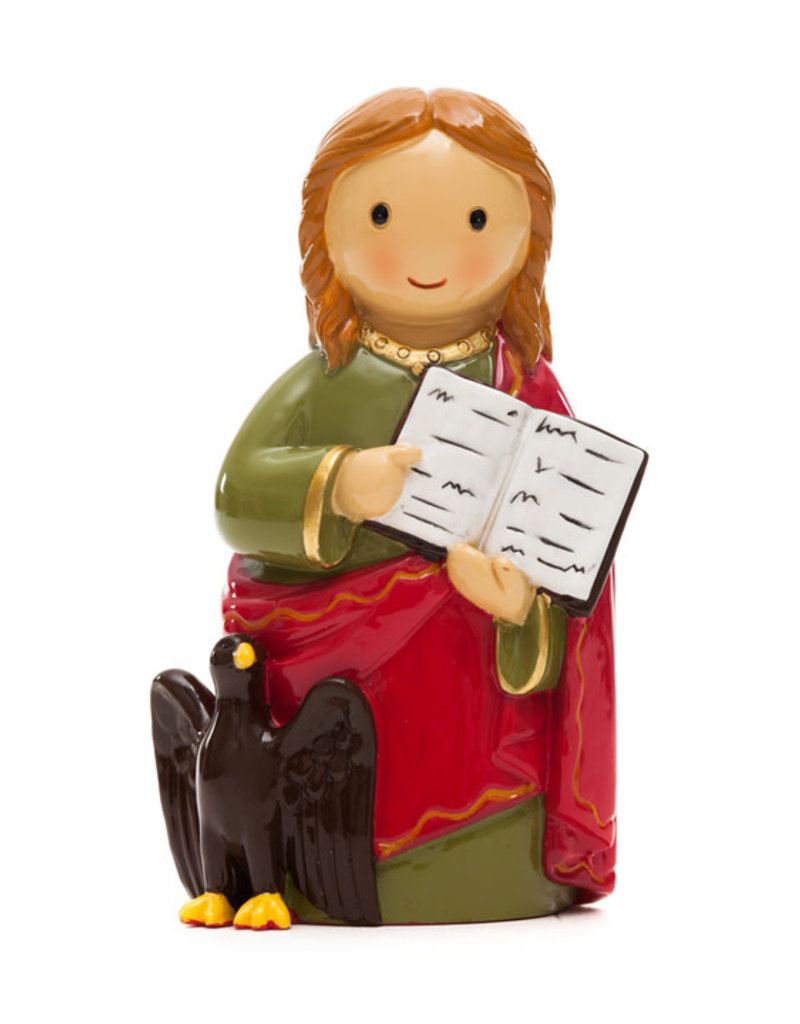 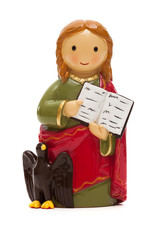 Saint John was born in Batsaida, Galilee. He was the son of the fisherman Zebedee and Salome, one of the women who helped Jesus' disciples. St John and his brother James were called by Jesus to be His disciples when they were very young. St John and Jesus had a very strong and a very special relationship. Jesus called him the "beloved disciple". He was the youngest of the twelve apostles and was the only one who accompanied Jesus until His death. On the way to the cross, Jesus asked him to take care of Mary, His Mother. St John wrote the fourth Gospel, three Epistles, and the book of Revelations. He is represented with an eagle because, as the eaglee flies very high, his writings also reveal a high spirituality. his feast day is December 27th.