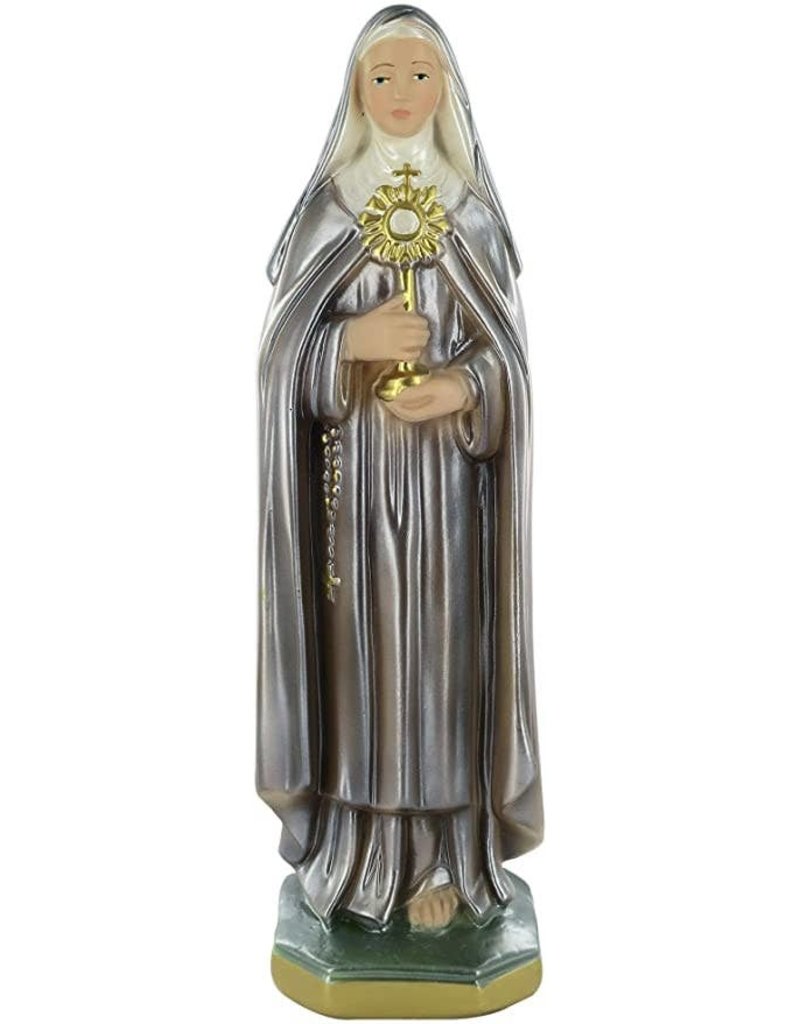 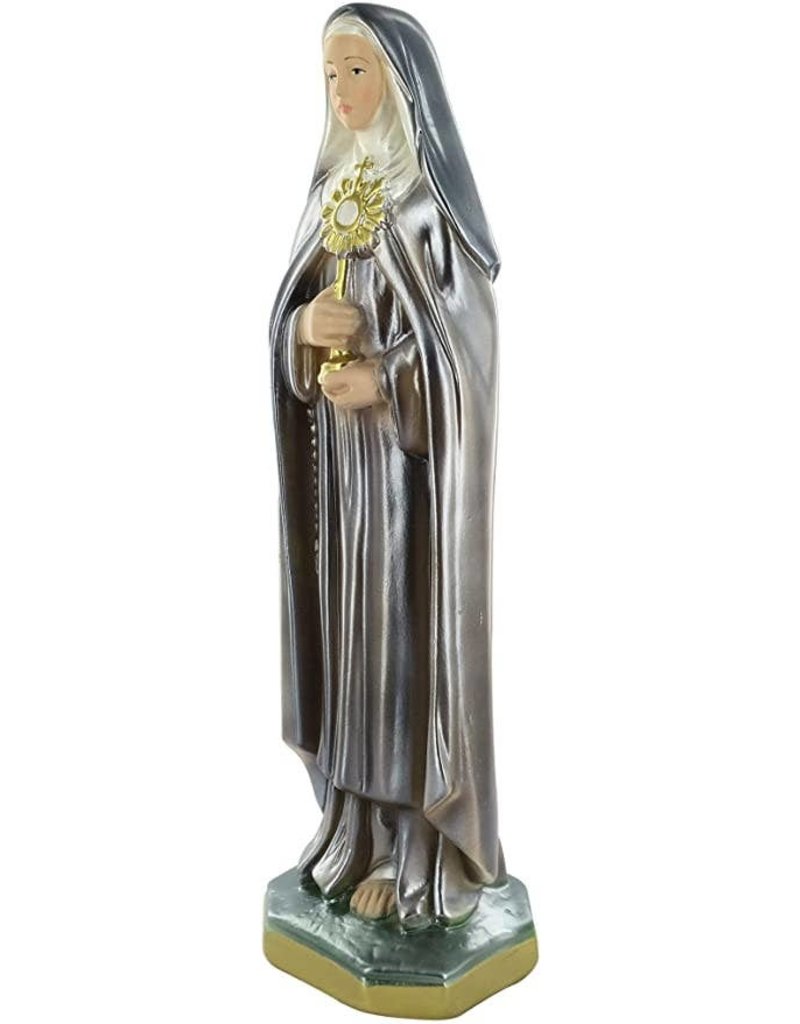 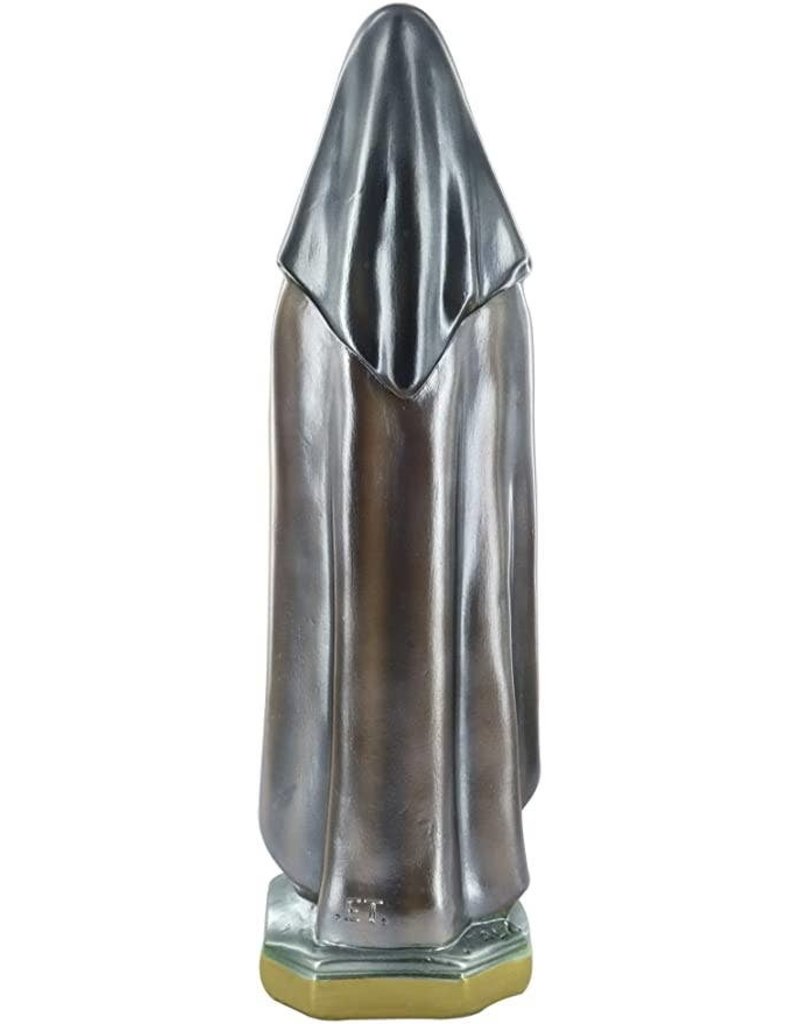 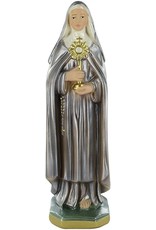 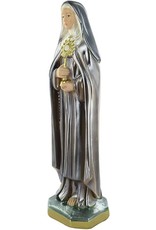 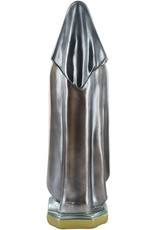 St. Clare of Assisi is often depicted in sacred art holding a monstrance. Do you know why?

When an army of Frederick II was about to assault Saint Clare’s convent, she placed the Blessed Sacrament in a monstrance above the gate of the monastery facing the enemy and kneeling before it, prayed,

‘Deliver not to beasts, O Lord, the souls of those who confess to you.’

A voice from the host replied, ‘My protection will never fail you.’

A sudden panic seized the foreign army, which took to flight, and the Clare’s convent was spared.”